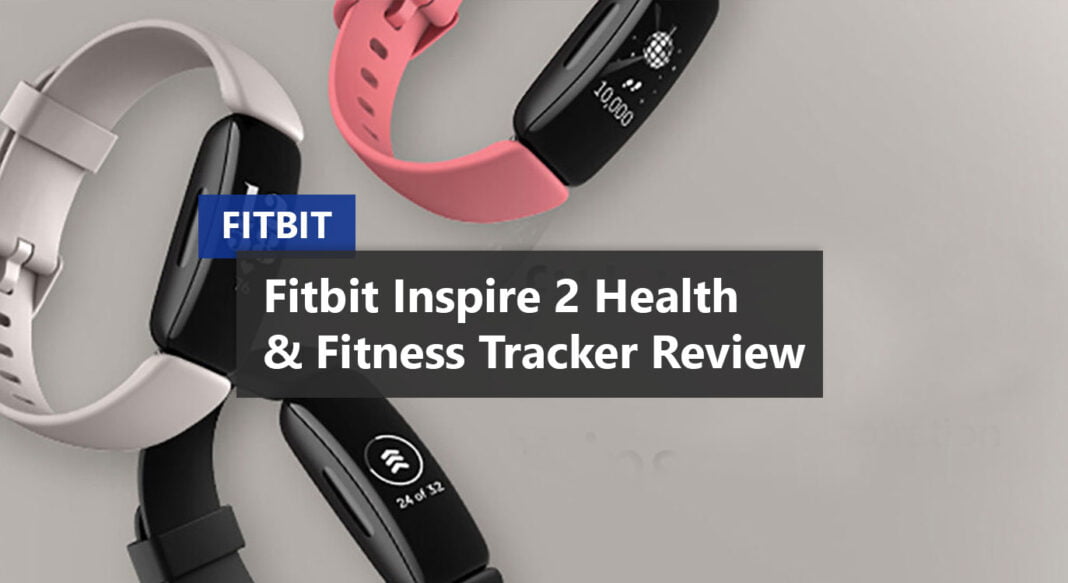 Out of all of the devices offered by Fitbit, it is the most affordable option. However, it sill offers a good choice of features and allows you to set fitness goals.

Although it lacks certain features including GPS and blood oxygen level, it still has a lot to offer. The display is the first thing you will notice. Unlike other Fitbit devices it does not have a colourful display. But, the screen is still bright enough and easy to read.

When compared to other Fitbit devices, it feels small and easy to forget that you have it on your wrist. The curved design feels watch-like and makes it look slim and sleek. If you are looking for a health and fitness tracker that does not “dominate” your wrist, this may just be the one for you.

The strap is made from an elastomer band and is available in two sizes. When you have it on your wrist, the device is taken up by the OLED screen. The screen is easy to read both indoors and outdoors.

Looking at the screen, the icons are slightly hard to distinguish as there is no colour.

In the UK, the Fitbit Inspire 2 comes with a year of Fitbit Premium. If you would like to continue your subscription after a year you need to pay.

Once you have connected your device, you can sync data between your phone and your Fitbit.

Performance When in Use:

Although your Fitbit Inspire 2 does not have a GPS function, you can use your phone’s GPS function. One thing that this tracker does very well, is to give you the basic information that you need.

For instance, you can monitor your heart rate easily using the Fitbit Inspire 2. Other features included steps tracking and the distance you have walked or moved. It also monitors the amount of calories that you have burned.

For women, it can also help them to monitor their menstrual cycle. Sleep tracking is also available and the device does calculate your sleep score. When you are within the range of your phone, you will receive messages that you can read using your Fitbit Inspire 2. Doing so can sometimes be challenging though as the screen is slim compared to other Fitbit devices.

As with all other Fitbit devices, data is collected and a Daily Readiness Score is prepared. You can use this score to make good use of your next day’s training schedule including rest and recovery.

When tested against Garmin Vivosmart and Fitbit Sense, the step tracking on the Fitbit Inspire 2 was accurate. Heart rate tracking is good as well although it takes a few seconds to catch up when compared to other devices.

This small device has an outstanding battery performance. Much of that is down to the lack of features and colourless screen. It claims that the battery lasts for 10 days. According to our test, the battery lasted for nine days but that was with continuous use.

Staying motivated is easy. You can set fitness goals using the app to stay motivated. All you have to do is to go to the Goals section and tap the goal you would like to adjust.

As a source of motivation, it has to be said that the Fitbit Inspire 2 offers you everything that you need.

The compact and sleek design. Many say that fitness trackers are too noticeable. That is not a problem that you are going to have with the Fitbit Inspire 2.

As you can still use the app, the Fitbit Inspire 2 gives you all of the basic information that you need. It does not come with GPS but if you feel you need to use a GPS function, you can use the function on your phone.

The screen is easy to read when you are on the move and exercising. The fact that it comes with a year of Fitbit Premium is an added bonus.

We also really like how long the battery lasts. You don’t have to worry about the battery not lasting or staying with you when you exercise.

Final thoughts on the Fitbit Inspire 2 Health and Fitness Tracker

The Slim Cycle bike seems to be very popular with its customers, and we can see why. The bike can be adjusted to suit a wide range of users and has two cycling styles in one bike. That, along with the resistance bands is a really nice touch and means that it’s very easy to get the workout you want.

At under £250, the Slim Cycle is definitely an entry-level exercise bike, and more suited to beginners, but as long as you’re not expecting to become Sir Bradley Wiggins anytime soon, then we think you’ll be pleasantly surprised…

Echelon ECH-SPORT-S Exercise Bike Review: Can it Rival a Peloton?

NordicTrack EXP 10i Treadmill Review: Worth the price tag?

NordicTrack EXP 10i Treadmill Review: Worth the price tag?